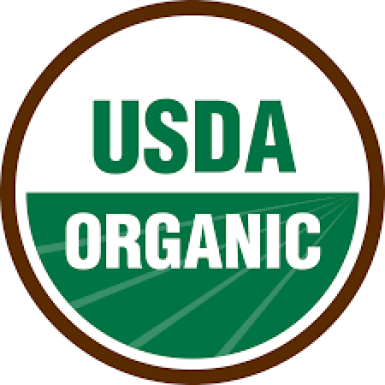 This is the second installment in a series taking a closer look at some common food labels. For a quick snapshot of common labels found in Vermont look at our labeling guide. This information is part of VFN's work to improve communications between Vermont chefs and Vermont food producers, including through our updated and expanded member-to-member business directory (if you're a current VFN member, you can login now to view the directory and update your listing - don't remember your login info? Email info@vermontfresh.net).

In some ways, Organic Food seems very straightforward - after all, there is an entire section of the USDA website describing what it means and how to get certified. In other ways, it’s not straightforward and those gray areas may be more important than you think.

The idea of finding systems of agriculture that do not deplete the land where they’re being practiced has been around for a long time - in fact, the USDA organics history archives includes material from the 1500’s. The organic system we have at the USDA today began in 1990, with a final rule published in 2000, as a way to offer common definitions and third party certification for farmers practicing:

“. . . the application of a set of cultural, biological, and mechanical practices that support the cycling of on-farm resources, promote ecological balance, and conserve biodiversity. These include maintaining or enhancing soil and water quality; conserving wetlands, woodlands, and wildlife; and avoiding use of synthetic fertilizers, sewage sludge, irradiation, and genetic engineering. Organic producers use natural processes and materials when developing farming systems—these contribute to soil, crop and livestock nutrition, pest and weed management, attainment of production goals, and conservation of biological diversity.” From the USDA, 2015

The National Organics Program sets the standards describing this type of agriculture, trains accredited certifiers, monitors use of the Organic seal and labels, and continuously reviews and updates its rules with input from the National Organics Standards Board (a Federal advisory committee of 15 members of the public). Consumer Reports describes organic as a label with a uniquely comprehensive set of sustainability standards backed by federal regulatory enforcement.

The “continuously reviews and updates” bit of the organic process has been getting into the news recently. In general, we want the option for continuous improvement as new information becomes available. But many Vermont farmers were dismayed when the Trump administration chose not to implement an Obama era rule around humane treatment of animals on organic farms. Organic rules were also in the news with a debate around hydroponic farming and organic certification. Hydroponic can be a good farming option, particularly in urban areas, but that doesn’t mean it meets the organic goal of preserving and enhancing the quality of soil (in fact, by definition it involves no soil). A move to ban hydroponics and aquaponics from receiving organic certification failed at the end of 2017.

These headline debates also introduced a secondary set of questions. One is the degree to which consumers actually understand what an “organic” seal represents - is it just farmers who avoid synthetic inputs from the list of banned substances or is it a larger, holistic approach to agriculture? (It’s supposed to be the latter). Another related, concern is how much organic certification costs - in time, effort, and money. It’s not easy certifying a whole agricultural philosophy, if consumers don’t get it and progressive farmers feel like the thresholds are too low anyway, is it worth it?

(Note on cost: producers with less than $5,000 in sales do not need to go through full certification to use an organic label)

Vermont obviously doesn’t sit around and let national decisions go unchallenged. For one thing, when there’s a lack of clarity at the federal level, Vermont’s organic certifiers can use discretion. For this reason, Vermont Organic Certification does not certify hydroponic (it’s not specifically allowed within national standards, it just isn’t banned) and does not allow second story porches as outdoor access for poultry (outdoor access was a major sticking point in the animal welfare rule). 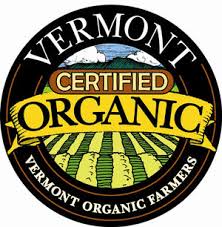 Vermont has also been a leader in the movement to introduce programs for farmers who want both third party verification and a set of standards that go beyond USDA organic. The two primary programs in this push are the Real Organic Project (based in East Thetford) and Regenerative Organic Certification (a project initiated by the Rodale Institute). Both of these projects take the USDA Organic standards as a baseline, and propose additional criteria beyond that baseline. Farmers need organic certification first, other certifications follow. As of July 2018, they have each published draft standards and entered the pilot phase of trying them out on a trial group farms. NOFA-VT has been closely involved in this process for the Real Organic Project.

One additional note on these organic programs: certification is part of providing transparency and verification for consumers, reaching a common understanding of what specific practices are important to farmers and consumers, and maintaining the integrity of a label like organic (for philosophical reasons, but also for reasons of market share). But it’s not all about carrying a seal of organic approval. Embedded in these benefits is the idea of helping growers who may not qualify for full certification learn new practices and continuously improve their own operations. Simply codifying what steps someone takes to be “organic”, and why, gives producers new information. Programs like NOFA-VT augment this information with professional development opportunities throughout the year for members, non-members, farmers, and aspiring farmers alike, as well as consumer education programs. Check out what they have to offer at their site

Thank you to Maddie Kempner at NOFA-VT for providing background information for this update.